Fernando Lasaosa "The man with the cigar"

Places he has lived have always been linked to his  work in the banking sector.

His career began in Banco de Huesca where he lived, later then later in Barcelona, ​​Madrid and Zaragoza.

In 1987 he came to the Canary Islands for the first time and fell in love with El Médano, where he decided that once he retired he would come to live here in Tenerife. After 13 years he was finally able to settle in his beloved El Médano! His wife, María Rosario, would join him a little later ...

Fernando's passion has always been motorcycles and cars. Together with Charo they have visited 68 countries by motorcycle or car.

He also really likes gastronomy and ennology. Every Thursday we can find Fernando enjoying a meal at La Sociedad Gastronómica Tenerife Sur in San Eugenio Alto ..

Fernando started playing Pitch & Putt by chance, invited by his friend Miguel Ángel, who recommended golf as a way to start walking after suffering a serious motorcycle accident. Since that day he has not stopped playing accompanied by his inseparable cigar ..

As Fernando says ¨In P&P you walk more¨ that is why I prefers it.

Fernando is a member of the P&P Sur committee of the Canarian Golf Federation, he belongs to the P&P Sur / Hoyo 20 group in which they train over 60 players from the island. His wife also plays P&P.

¨There is nothing better in life than being at Amarilla Golf course being able to play golf and if God rewards us by allowing us to do this we haven’t been a very bad person in this life.¨

The golfer with the cigar is very grateful to everyone who works at Amarilla Golf for the fellowship it brings ... 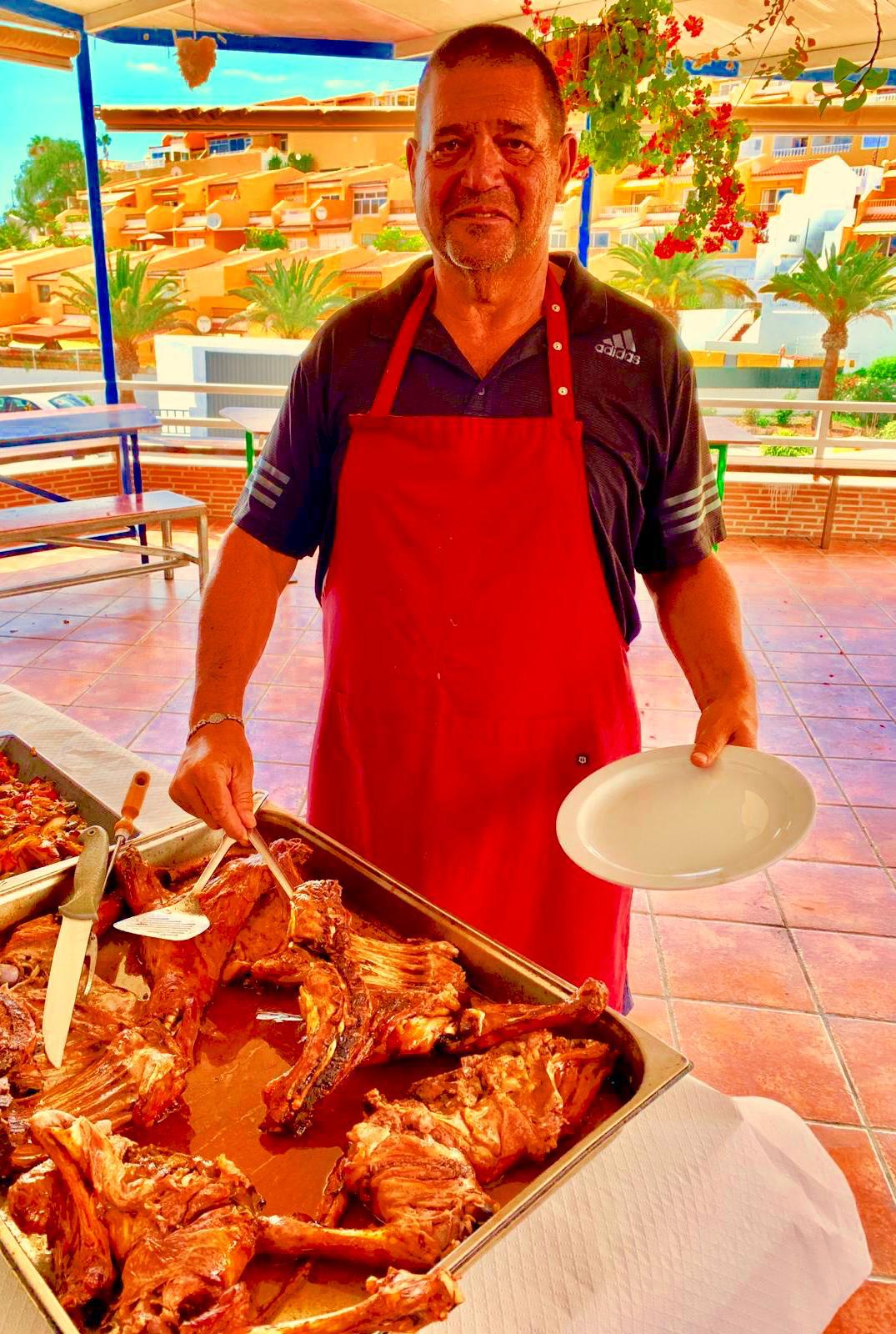 More in this category: « Emily Anctil, our Canadian in love with Tenerife Susan Gladwin, she's unique »