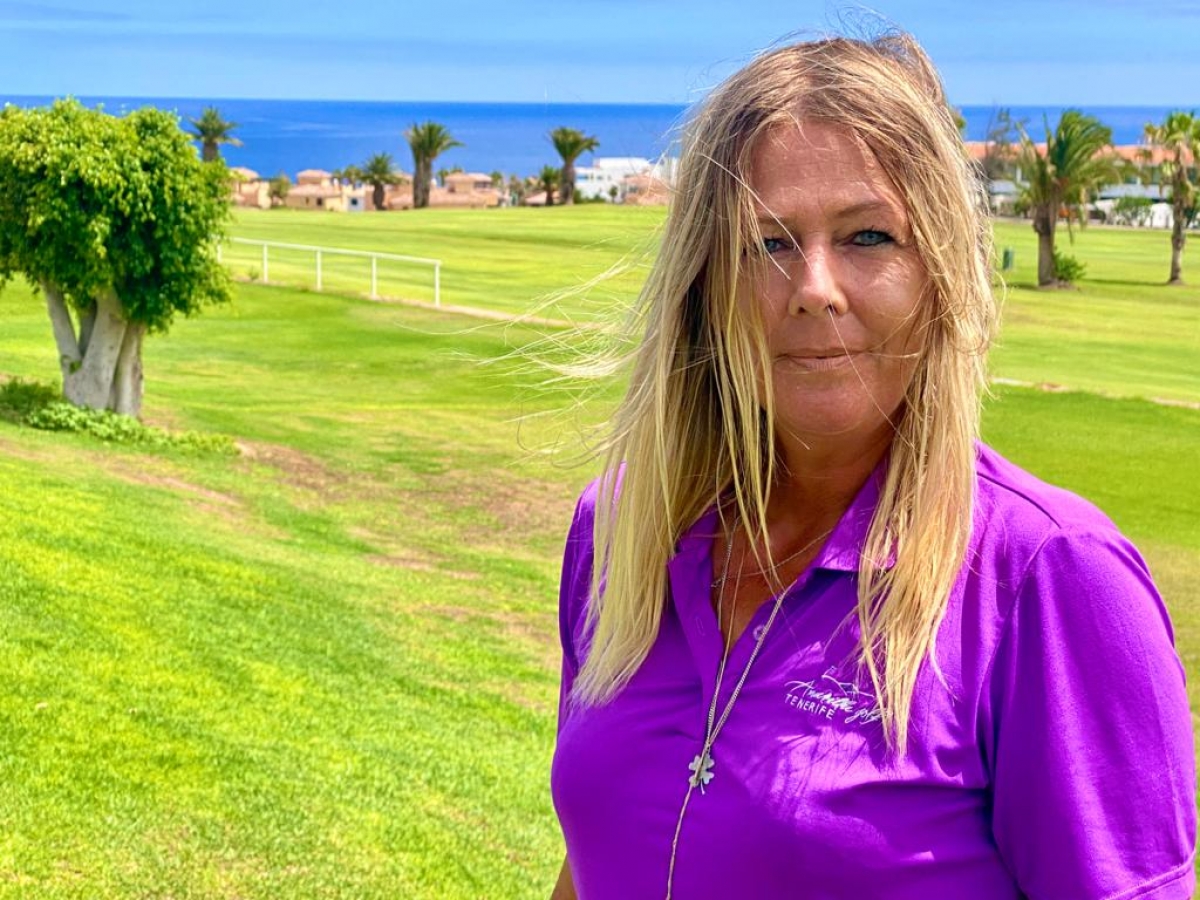 Victoria, the English girl, who decided to make her home in Tenerife

Victoria Lacey , our protagonist of the month
.. the traveler who after crossing the Atlantic decided to settle in Tenerife!

We introduce you to Victoria Lacey, originally from the north of England where she worked as a sports teacher and personal fitness instructor although she would soon decide that her thing was to travel . For this reason , 8 years ago she moved to the south of Spain where, after a set period of time, she found work on a luxury yacht in Gibraltar and after 8 months working in the Peninsula, she came sailing into Marina Amarilla Golf.
Victoria decides to settle in Tenerife instead of continuing with the boat to cold Norway, not knowing that she would be staying in Tenerife to this very day.

She found work at Amarilla Golf as a golf Marshall, but after a few months she was offered her an opportunity that she could not refuse: to cross the Atlantic Ocean on a sailboat! She arrived at the island of Saint Martin in the Caribbean feeling very happy after her great adventure, although the positive energy of Tenerife kept calling her back ...
She did not feel very safe on the island of Saint Martin, so she decided to return to England where she intended to stay, back in what she considered her home. Without warning, she received a call from Amarilla Golf asking if she would still be interested in returning to her old job. This was the moment when she decided to return to Tenerife.

She started living on a boat in the marina, but after two years she was tired of living without a washing machine and without any real privacy. She moved into a small apartment that she still loves to this day.

Two years ago, Victoria had the opportunity to change her job position and began working side by side with Amarilla Golf's Head Greenkeeper, Héctor Rodriguez, as irrigation manager.
She enjoys learning about agronomy in her spare time to help improve Amarilla Golf's irrigation system.
She is passionate about seeing that her contribution to the course has manifested in the improvements that the golf course shows every day and that are praised by our clients.
Victoria is considered by her peers as a "problem solver" and a great companion.

Thanks Victoria .. Your doing a great job 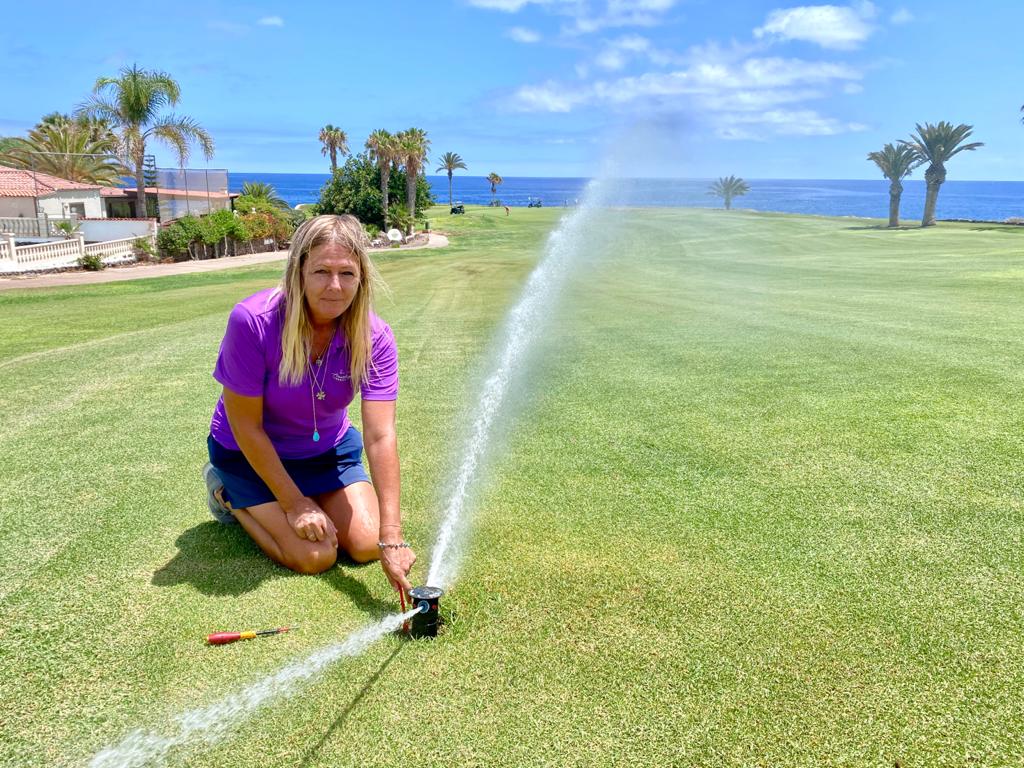 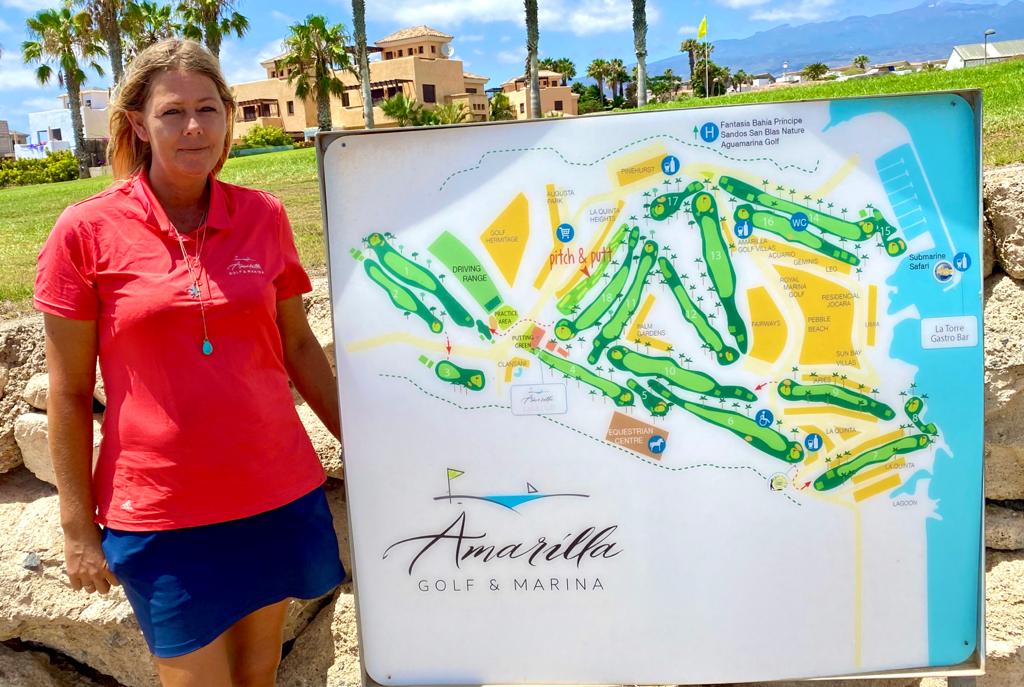 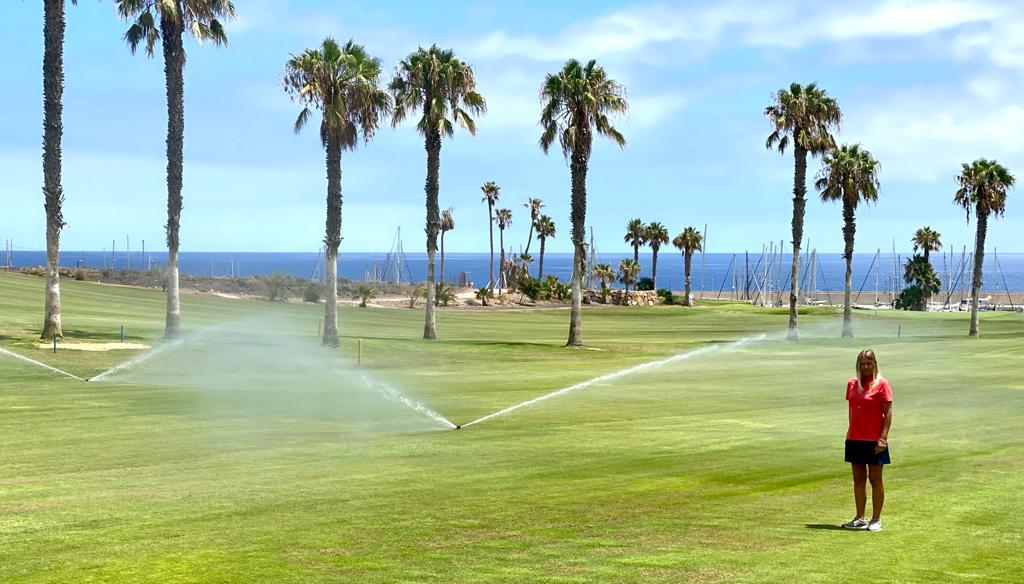 More in this category: « Simon Shovlar, protagonist of the month Emily Anctil, our Canadian in love with Tenerife »