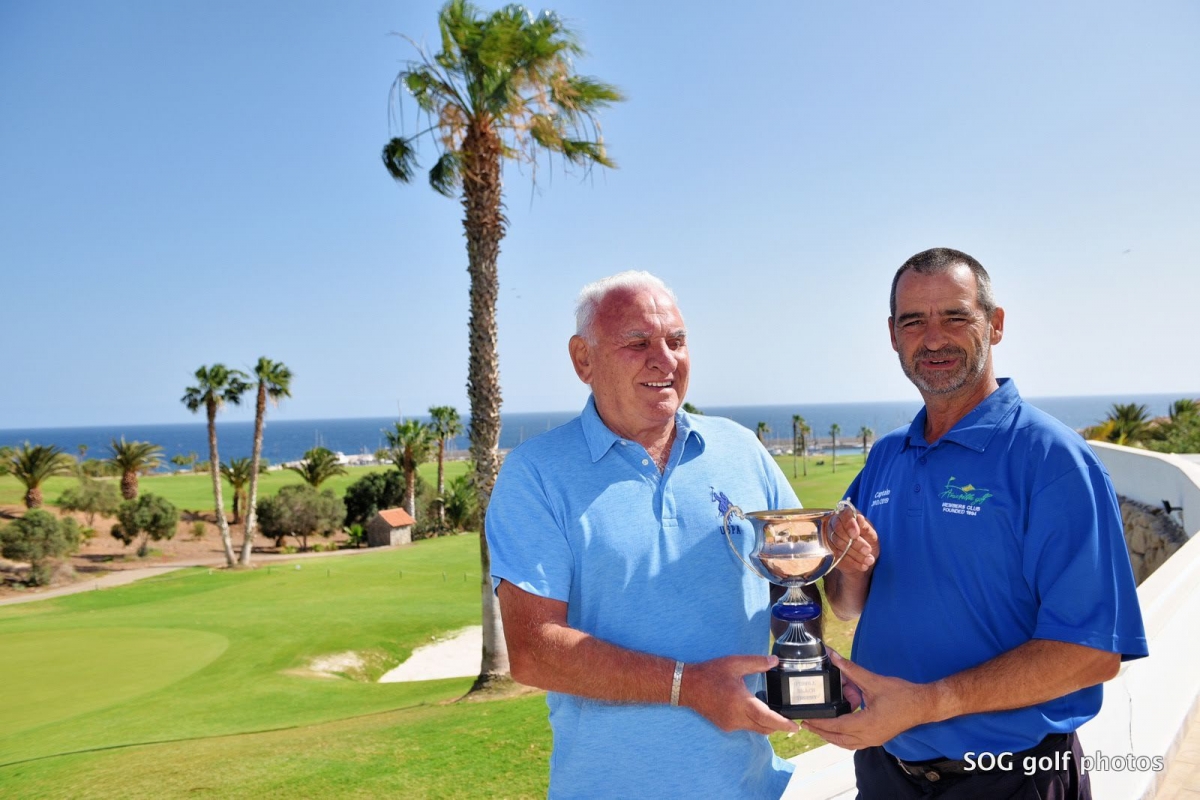 Harry Barnsbrook is the winner with 38 points

Traditionally, after playing the 18 holes at Amarilla Golf course, the members of Amarilla Golf members Club celebrated their prize giving ceremony the bar in the same urbanization that carries the name of the tournament (Pebble Beach) the Aries Bar but unfortunately closed its doors in year 2017 so they decided to move the presentation to the new bar located next to the urbanization: Bar Hoyo 19.

Bill Braithwaite, the current President of Pebble Beach is the oldest playing participant in this tournament, although this year, for health reasons, he has not been able to participate.

The winner of the tournament was Harry Barnsbrook with 38 points
Congratulations Harry !

More in this category: « GreenWorld Festival 2016