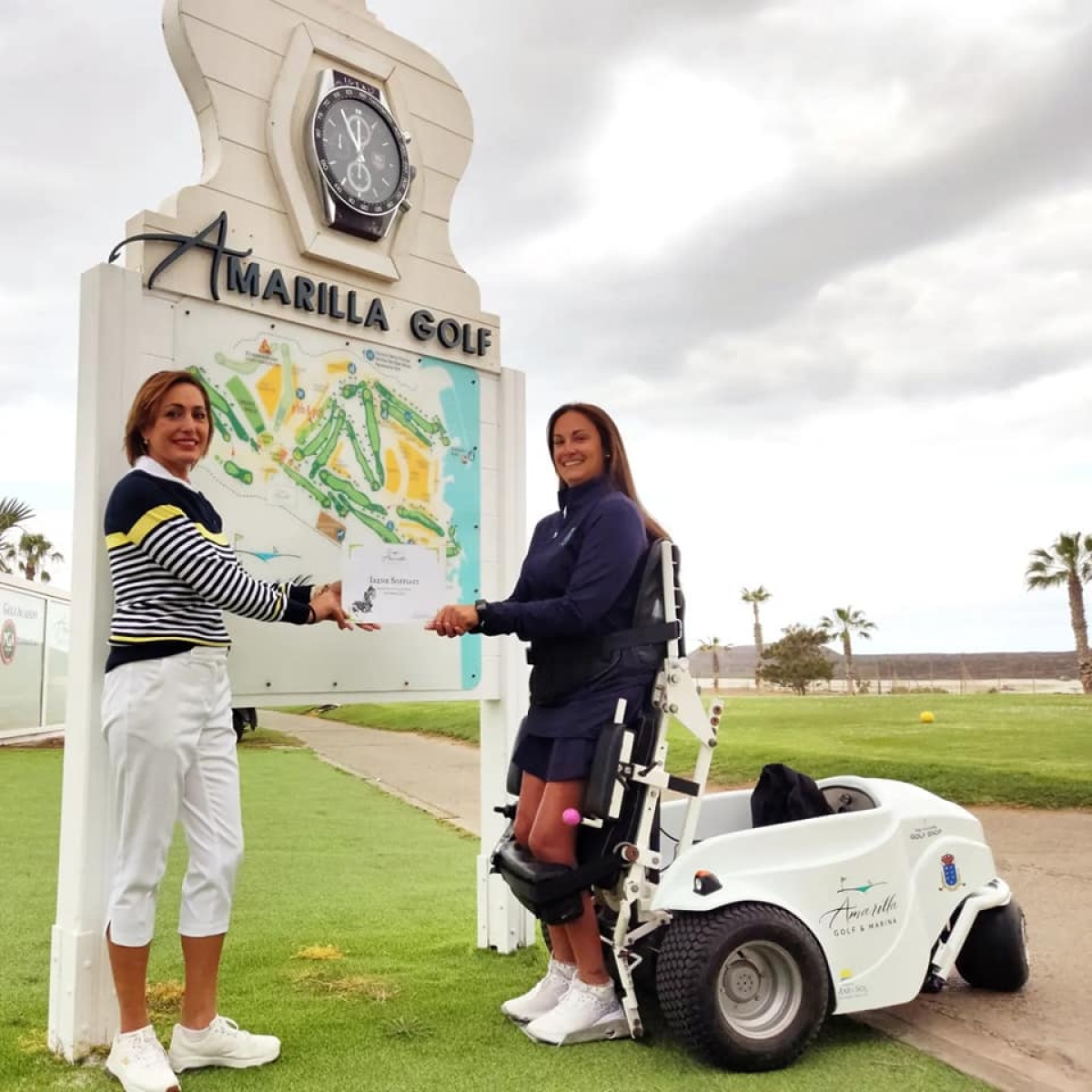 Verona, 8 o'clock in the morning, 10th March 2006. Rain, poor visibility, a car coming from the right, the screech of brakes, the skidding of the scooter, a bump on the asphalt and then darkness. And when he wakes up, amidst tubes, steel vertebral plates, lung drains and stitches, the sentence is final: paraplegia. And his question: "In a week's time I have an important artistic gymnastics competition, will I be able to take part?

Irene Soffiati, 34, will never take part in that competition because her back was broken by a hit-and-run driver who didn't even stop to help her. Her life, made up of gymnastics, regional titles and daily training, had ended on that slippery and treacherous road. Only those who have a strength that is not normal, only those who have the true gift of life can overcome such a blow. And Irene has all this and much more inside her. She goes on with her life, graduates in psychology, marries Benny and gives birth to two wonderful children, Leo and Malita. Never a moment of discouragement: those who know her say that there is always, always a smile on her face, one of the most beautiful smiles you can see. Because that inner light will not be extinguished by an accident? Her love for the sun and the sea is reflected in the realisation of her dream: to live in Tenerife, so together they move here. What is it, then, that remains unrealised, that remains "partial"? "Sport. I practically lived in the gym. I trained every day, gymnastics was my life.

After the accident, I always refused to do 'adapted' sports: I respected those who did it, but I couldn't see myself doing it. I was sure that I would never do sport again in my life", Irene tells us. And then what happened? "When we arrived in Tenerife, my son Leo, who was five years old at the time, started playing golf on the magnificent Amarilla golf course. He proved to have a gift for the sport, so much so that after two years he continued to play and began to participate in federal tournaments. Then the golf virus infected my husband and I started to feel a pull...". Irene starts looking at the irons and balls .... "What if I try to hit from the chair?"

That question is actually much more: "I started almost secretly because I was embarrassed. The truth is that it caught up with me immediately. Then, one of Leo's instructors, Francisco Paco Cea, a European-level golfer with several appearances and placings on the European Tour, came up to me and started following me, very discreetly. He cut my irons, built me special tees... we started training together and I completely lost my mind for this sport". But Irene, as a competitive sportswoman, is not satisfied: she wants to play golf on equal terms with the other players. And there is only one solution: Paragolfer, a magical piece of technology, a chair capable of putting you in an upright position with the right inclination to shoot like anyone else, with two motors capable of taking you to all the corners of a golf course, bunkers included. "New it costs crazy, almost 25,000 euros, used 15,000. We didn't have that kind of money and we couldn't find anyone willing to help us.

The only people who responded to us were the Canarian Golf Federation, who from the beginning said they would help us financially. Then, by chance, we found out that the hotel Mar y Sol in Los Cristianos, an establishment fully equipped to accommodate people with reduced mobility, owned one and they were willing to sell it: they made me a very friendly price, we asked for a loan and we bought it. Since that day, a month ago, my life has changed, a 'third' life has begun: I train every day at Amarilla Golf, I feel reborn and I want to recover all the sporting time I lost", Irene confesses. "In this sense I have and I want to thank the Tavio family, owner of Amarilla Golf, because from the first day did not stop encouraging me and gave me a great gift: Amarilla is now my main sponsor, let me use all their courses and named me their ambassador of adapted golf ... all this is a great honor and I hope to respond soon with sporting achievements, "says Irene. 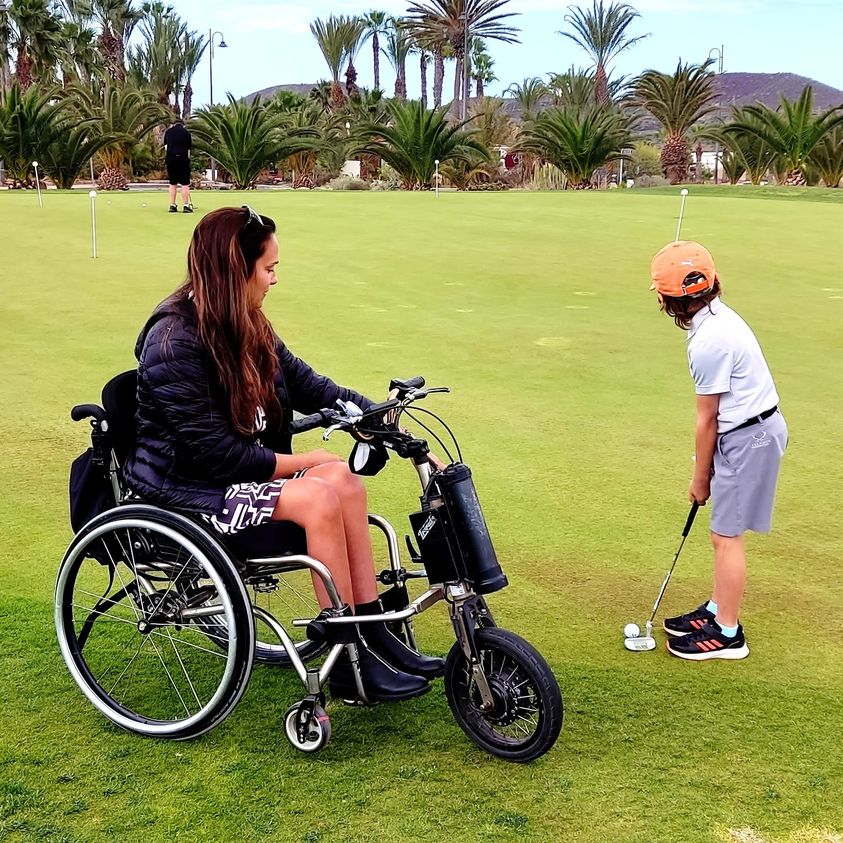 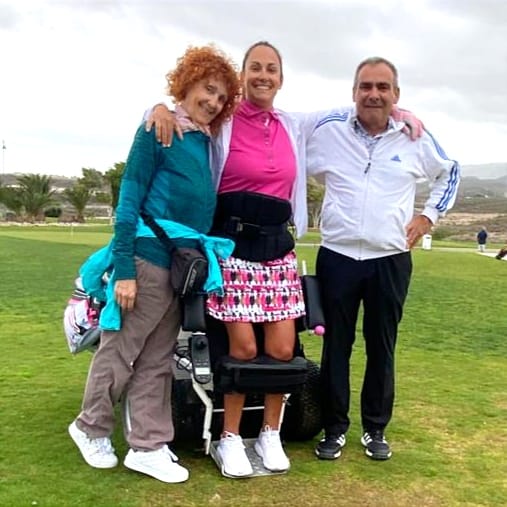 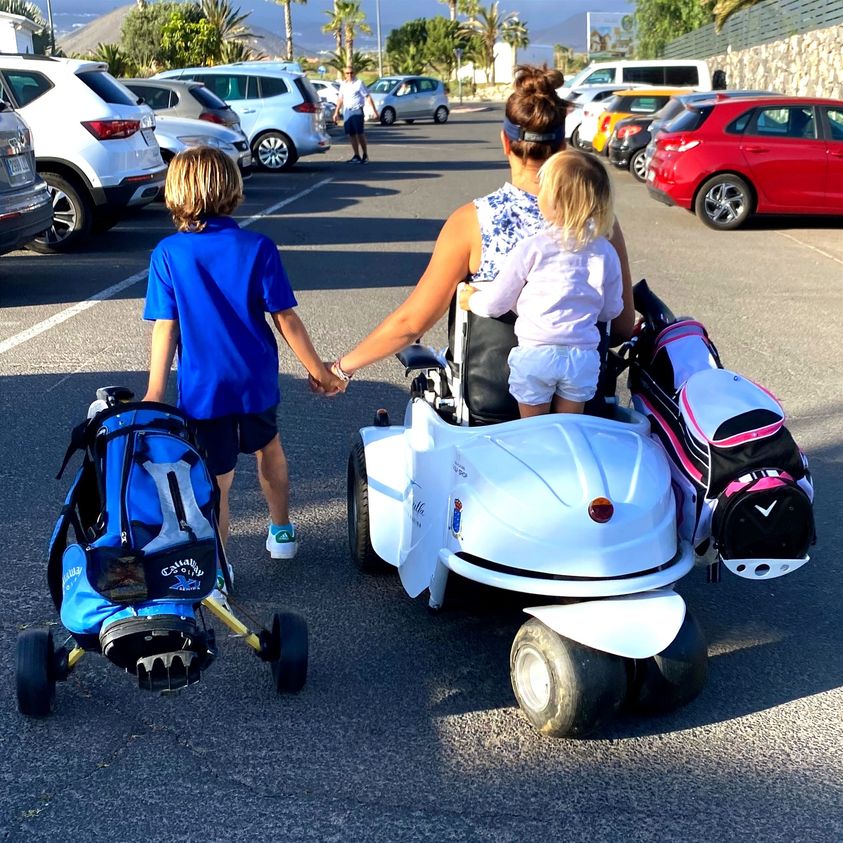